Jenks began when brother and sister Corey and Annie Jenkins discovered that there just wasn't enough cool music in the world for families.  They grew up in a family with 6 kids, and there was always music in their home. 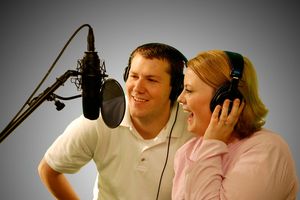 Corey spent years learning how to play instruments.   He taught himself how to play drums and guitar.  His sister Annie taught him how to sing (so if he's off-key, you know who to blame)!  Growing up in a very small town in Northern Idaho meant that there was not a whole lot happening, so Corey also spent a good portion of his youth in the backyard teaching himself how to juggle.  He started with balls, and moved on to clubs, rings, the diabolo, and FIRE!!!

Yes, mom was terrified the first day Corey lit up his torches on the back porch, but to his credit, their house still stands. 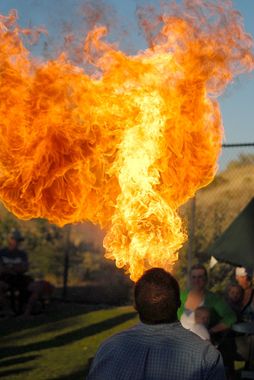 A few years later, Jenks has 3 albums, a bunch of cool music videos, and a whole lot of awesome new friends. Corey performs throughout the Northwest, playing libraries, schools, festivals, church events, and parties.  Jenks is all about family music that really rocks.  See you at the show! 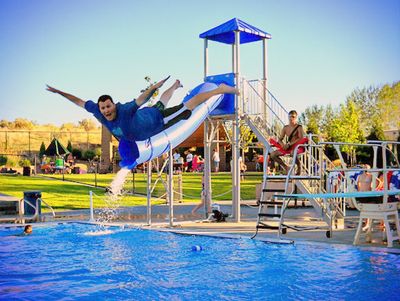